What happens if you get a DUI in SC? 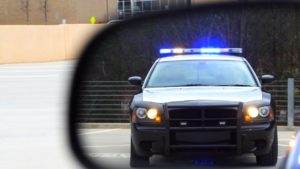 David Tarr is an experienced DUI Lawyer in Columbia SC. He knows what questions to ask when you’ve been charged with DUI in SC. He also knows that listening to your answers is the best route to a successful defense. He understands that the facts and circumstances of your case are unique, and he wants to hear the details. Depending on the specifics of your case, it may be possible to have your sentence reduced or even thrown out.

David Tarr is an A+ lawyer and will work with you to get what you need done. I recommend him for anybody with a DUI/simple possession, he works hard and will put you before himself. Thanks David!

DUI Defense for all aspects of a DUI Charge

David Tarr understands those feelings of fear, helplessness, and panic that set in after a DUI arrest. He gets the chaos a DUI or DWI charge can create in your life. For most clients, anxiety sets in the moment they're pulled over. He’ll patiently walk with you through each step of the legal process so you're ready for whatever comes next. He understands that the consequences of a DUI in South Carolina depend on the unique facts of each case.

The Law Office of David B. Tarr will review your DUI arrest for issues such as:

We take great care in reviewing your case to determine if there are grounds to dismiss the charges against you.

With over twenty years as a DUI lawyer in Columbia, David has experience with all aspects of a DUI charge:

A DUI Arrest has Many Consequences

Since 2008, South Carolina DUI laws are in line with most of the rest of the country. The legal penalties confronting you after a Columbia DUI arrest are both financially and personally costly. A charge of driving under the influence or driving while intoxicated is often accompanied by:

Penalties increase in DUI cases if a minor is in the vehicle at the time of arrest, the blood alcohol content (BAC) is greater than or equal to 0.10, or if an accident occurs as a result of the DUI offense. Other penalties, such as license suspension, completion of a drug and alcohol treatment program, or the required installation of an ignition interlock device in your car may be required.

If this is your first offense DUI, the criminal penalties you may face are directly related to your Blood Alcohol Content (BAC), found in the results of your breathalyzer test:

If you're charged with a second DUI after a prior DUI conviction, you may face the following penalties:

If this is your 3rd DUI offense, your penalties may be doubled:

Four drunk driving offenses within a 10 year span is considered a felony DUI in South Carolina. Penalties include incarceration for up to seven years and an automatic suspension of your driver's license.

You may be eligible for a DUI hardship license, a restricted rights license that allows you to drive to and from work or school after you're charged or convicted of DUI. To be eligible for a DUI hardship license, you're required to install an ignition interlock device. The ignition interlock device attaches to your car and works as a Breathalyzer test would. The car won't start until you blow into the device which reads your Blood Alcohol Concentration (BAC). The device must register your BAC at 0.02 or lower in order for the car to start. Occasionally, you'll be required to blow into the ignition interlock device while driving. If the device registers your BAC above 0.02 at any time, it causes the car's lights to flash, the horn to sound, and the windshield wipers to turn on. Failed recordings are logged by the device and may result in losing your license.

A Columbia DUI Lawyer with your best interests at heart

If you've been charged with a DUI, timing is very important. Letting the process unfold without a solid defense can work against you, and increase your levels of stress and worry. David Tarr will analyze the facts and circumstances surrounding your case with a well-trained eye to find potential grounds for a dismissal of your charges or a reduced sentence. Experienced representation will preserve your rights and secure the most successful outcome of your case.