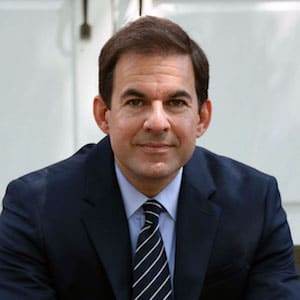 My practice is dedicated solely to criminal defense. I place special focus on defending against serious charges. Check out my blog posts for more information about specific charges and how I can help.

Born and raised in Columbia, South Carolina, David knew early on that he wanted to practice law in his hometown and give back to the community that’s given so much to him. David had his sights set on law school before even graduating from Richland Northeast High School. After earning his B.S. from the University of South Carolina Honors College in the Spring of 1992, David went on to start law school later that year.

After receiving his Juris Doctor from the University of South Carolina School of Law in 1995, David began his legal career as a law clerk to the Honorable Joseph Wilson in the 5th Judicial Circuit of South Carolina. Following his judicial clerkship, David immediately began practicing criminal law out of the Public Defender Office in Aiken County. After serving Aiken for almost two years before serving a stint in the Richland County Public Defender’s Office.

After spending two years in Richland County as a public defender, David decided to strike out on his own and opened the doors to the Law Office of David B. Tarr in the year 2000. After four years of defending the rights of the accused in criminal court, he wanted the opportunity to help more people and lend his criminal defense expertise to those facing unjust charges with little ability to protect their rights on their own.

After just over twenty years as a criminal defense lawyer, David continues to be humbled by the trust and faith his clients have in him. As a father of three, David has gained an even deeper appreciation of what it means truly dedicate yourself to someone or something you value and care about. He’s come to see how special it is to be able to throw himself into something that’s greater than himself. His love for his own family makes him that much more aware of how important the cases he defends are. He believes that in defending and protecting people’s rights, it’s not just about the person he’s representing. It’s also about their grandmother, their dad, their siblings, it’s a family affair, and they’re all looking to him for guidance in what, for them, is usually uncharted territory.

David has a unique relationship with each of his clients that can best be described as a foundational trust that goes beyond the attorney-client relationship. He’s always been interested in people, but as a criminal defense lawyer, he’s also invested in them and what their futures hold.

Focused solely on criminal defense, David represents people facing anything from DUI to juvenile offenses, theft charges, and capital murder. David Tarr values each of his clients and genuinely wants the best for them, which only makes his efforts all the more ardent and effective.