What does "reasonable suspicion" have to do with drug possession charges? 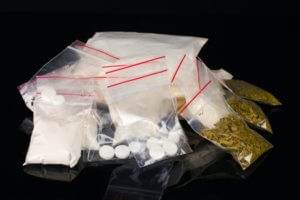 What should I know about car stops?

In instances of interstate car stops and drug arrests, officers may use profiling to identify a vehicle as suspicious as a reason for pulling someone over and requesting to search the vehicle. The "suspicious" nature of the vehicle may be the driver's ethnicity or an out of state license plate, for example, but an officer can't rely solely on the driver's ethnicity to justify identifying the car as suspicious. These scenarios are fertile ground for constitutional injustices to arise, and they result in a large volume of cases of varying degrees of constitutional complexity. The outcome of these cases usually depends on a determination of the scope an individual's rights and the officer's duties under the constitution. If drugs or evidence of possession of drugs is seized in the course of one of these stops, there will be a constitutional issue of its admissibility at trial.

Law enforcement vehicles are outfitted with dashboard cameras that record the interaction between an officer and the driver of the stopped car. While not every car stop gets recorded, most do--especially in instances of DUI arrests. If you've been pulled over and charged with a crime it's important to make sure the car stop wasn't in violation of your constitutional rights. At the Law Office of David B. Tarr, immediately after you call us for help, we request law enforcement to turn over a copy of any recorded or dashboard camera footage, and we carefully review all recorded footage to determine whether your car was illegally stopped. Where allegations of drug distribution or intent to sell are involved, a positive outcome in the case could hang on the constitutionality of the car stop.

What if the officer asks to search my car?

Let's say an officer, with reasonable suspicion, pulls you over (maybe you ignored the "no turn on red sign") and then asks permission to search your vehicle. How do you respond? Politely. Beyond that, you're within your 4th Amendment rights to either grant or refuse the officer's request. Just as law enforcement officers generally can't enter your home without permission unless they hold a search warrant in their hands, neither can they search your car without either your permission or a search warrant.

Probable cause exists if the officer can see something in plain sight or observes anything that indicates the driver broke the law. Seeing a bong, a crack pipe, or just smelling marijuana would each give an officer probable cause to search the vehicle. Even if you turned down the opportunity to have a stranger rifle through your car and even if there's nothing in plain sight to constitute probable cause, it's not outside of the realm of possibility that your car may be searched. If, during the illegal search, any drugs are found, it would most likely be inadmissible at trial since the evidence was obtained through an unconstitutional search.

How DUIs, drug possession charges, and car stops are related

Drug possession charges commonly arise in conjunction with DUI car stops. The Breathalyzer test is normally administered if you're pulled for driving under the influence, but you could also receive a blood or urine test for drug use. Even if it's been weeks since you engaged in drug use, you can still test positive for drug use. Under South Carolina law, testing positive for drug use can result in drug crime charges and you could face penalties for driving under the influence of drugs (DUID).

If you've been stopped and charged with a drug possession, call Attorney David Tarr

David B. Tarr has represented and defended people arrested on drug possession charges after an illegal car stop for more than 20 years. He understands the constitutional issues involved, and knows how to identify the car stops and searches that are questionable and unlikely to hold up in court. If you're facing drug possession charges because your car was stopped, contact defense lawyer, David Tarr, either online or by calling 803-238-7967 today.