A Disorderly Conduct Arrest can Ruin Your Tailgate

Home » A Disorderly Conduct Arrest can Ruin Your Tailgate 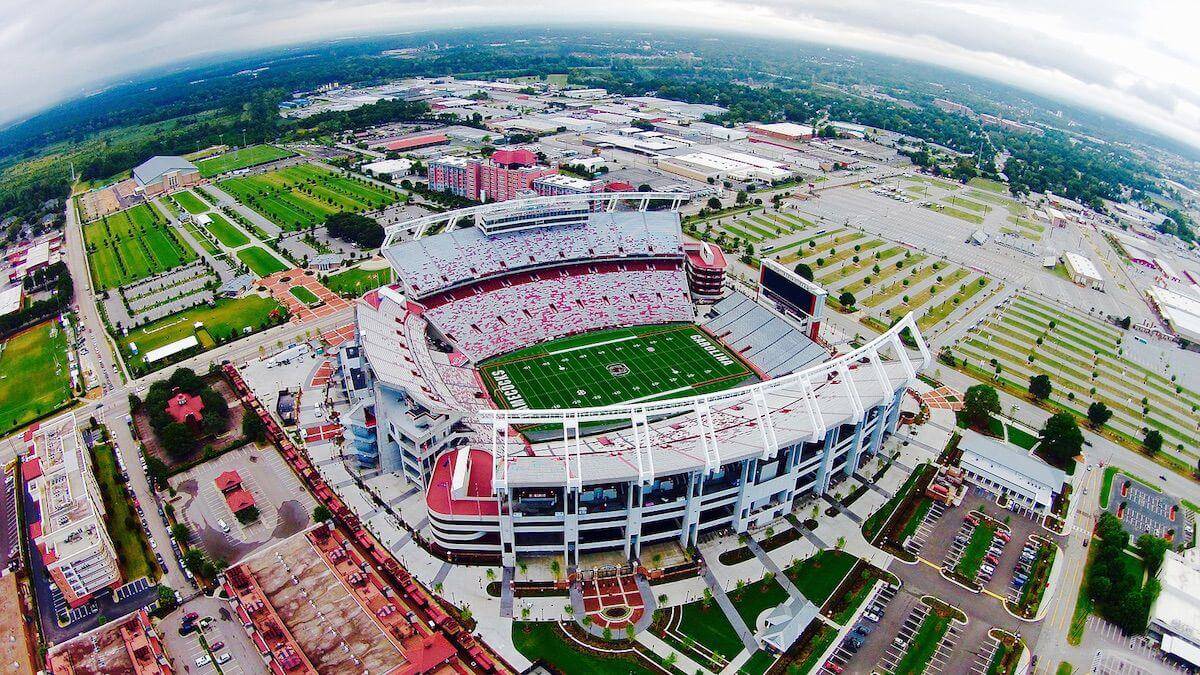 Have fun at your tailgate; but not so much that you end up with a disorderly conduct arrest in the shadow of Williams-Brice stadium.

Every fall the time comes when 80,000 plus garnet and black clad fans make their way to Williams-Brice Stadium on Saturdays to watch their beloved Gamecocks take on the opponent of the week. Fans are excited to catch their first glimpse of this year’s team in person at the friendly confines of one of the loudest and most electrifying venues in the Southeastern Conference.

However, in the midst of all of the pomp and circumstance and unbridled enthusiasm it is important to remember that there are several different law enforcement agencies tasked with keeping the multitudes of fans safe before, during, and after the game. While the Bluff Rd. stadium and its surrounding areas have undergone much needed renovations and beautification over the last several years, the Alvin S. Glenn Detention Center located just a couple miles down Bluff Rd. is still the same old dreary place you do not want to be. Every season, every home game, there are a sizable number of students and others who make decisions they’ll later regret, and get arrested for disorderly conduct. Instead of watching the team from the 50 yard line, they’ll end up missing the fun and hoping they can find someone to bond them out with their one phone call. Needless to say, a disorderly conduct charge was not what they envisioned as they made their way through game day traffic to their prime tailgating spot.

I offer these words today not as an attempted buzz kill or as a bad impression of Debbie Downer, but merely to urge you to be safe and smart and to enjoy your game day experience, instead of ruining it for yourself and others. What are the most common ways fans run afoul of the law at the game and end up arrested for disorderly conduct, or something else? It doesn’t take a genius to guess that most arrests involve alcohol and/or drugs. A disorderly conduct arrest means that someone is in a grossly intoxicated condition in a public place, is conducting themselves in a disorderly or boisterous way, or using profane or obscene language in public. Other offenses you could be arrested for include: underage drinking, fake i.d., Driving Under the Influence, Simple Possession of Marijuana, etc. I am often asked how to best avoid being arrested at the game and I can tell you that I do not have to delve too far into my lawyerly mind or rely on my over 20 years of experience in the field of criminal law to answer this question. The answer is that if you are underage then you probably should not drink at the game. Police from the University of South Carolina, the Highway Patrol, the City of Columbia, Richland County Sheriff’s Department, and the State Law Enforcement Division will be out looking for you. If you are drinking, don’t drive. And finally, whether you are of age or not, if you are going to drink, do so responsibly, don’t draw attention to yourself, and have fun.

If you find yourself confronted by law enforcement, be courteous and respectful. A polite attitude will go a long way in keeping you from going to jail, and if you are arrested, will help your lawyer when dealing with the arresting officer in Court. A conviction for disorderly conduct is a misdemeanor, with fines of up to $100, or thirty days in jail, plus court costs of significantly more; an experienced attorney can help you navigate the judicial system. If you have any questions on how to make your game day experience safer, please don’t hesitate to contact me. And if you, or someone you know, end up in an unfortunate situation and need legal assistance, I will be here. There is no reason to let one lapse in judgment or one poor decision haunt you for the rest of your life. Have a great time at the game, be safe, and Go Cocks!